Big Ideas For Providence: 10 to Watch

The world is in the midst of an unprecedented refugee crisis – a global problem that hits close to home for Chanravy Proeung. Her success organizing Southeast Asian populations locally and nationally through PrYSM, the Southeast Asian Freedom Network, and 1Love Movement, a Philadelphia-based refugee advocacy campaign, earned her a prestigious 18-month fellowship from billionaire philanthropist George Soros’ Open Society Foundations.

This year, she’s shifting her focus back home with Roots of Resilience, a program to promote cultural preservation by bringing generations of her native Khmer community together through the teaching and sharing of culinary traditions. “The program will create a much needed space to share lived experiences through storytelling and community relationship building,” she says, “and preserving authentic practices by passing them to the next generation.” Proeung plans to host nine cooking sessions at the Southside Cultural Center, during which she will document stories of survival. Those will be compiled, along with recipes, into a cookbook to debut at a closing event in the fall. “It will open dialogue around refugee struggles, and support community building in a population that has been largely forgotten and underserved,” Proeung says. “It is important for Rhode Islanders to understand the realities of war, displacement and resettlement.” Now more than ever. 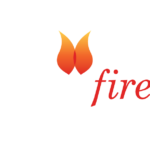